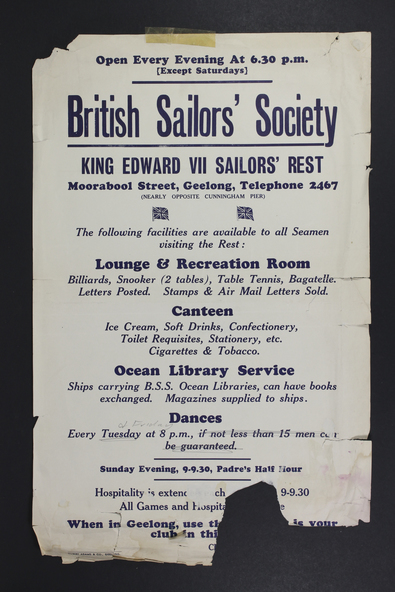 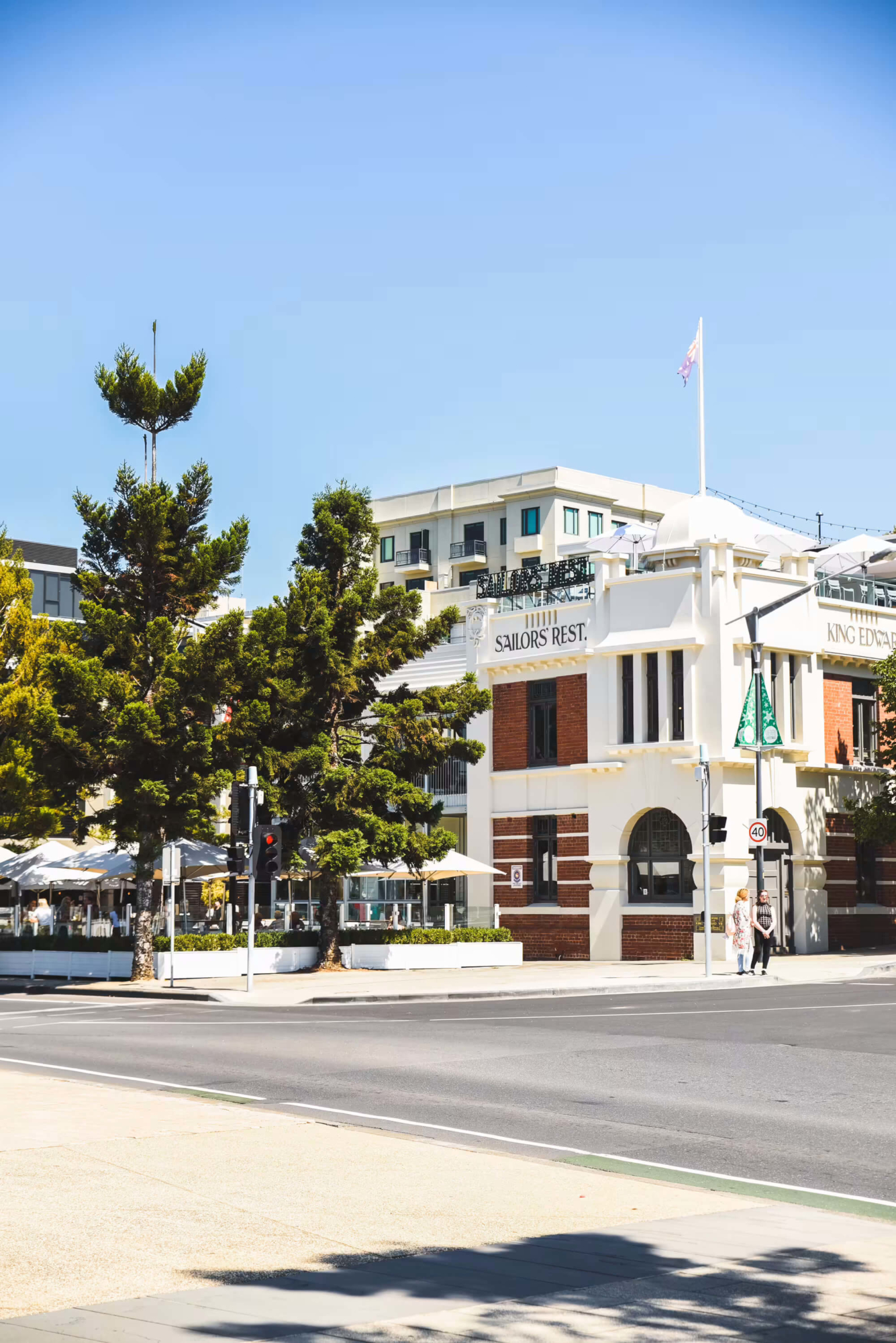 Sailors’ Rest has a long history as a home away from home for weary seafarers.

The main design is attributed to famed architect Percy Edgar Everett and is architecturally noted for its nautical art nouveau ornamentation. Sailors’ Rest was completed in 1913, providing accommodation, company and entertainment for sailors. Run by an evangelical organisation, it was considered a safe haven from the temptations of alcohol and gambling.

To this day, we still operate the original electric light-bulb sign that was installed in 1926 and is reportedly the oldest remaining electric sign in Victoria. The sign was heritage-listed in 2014 and our illuminated letters have become a beloved Geelong beacon. 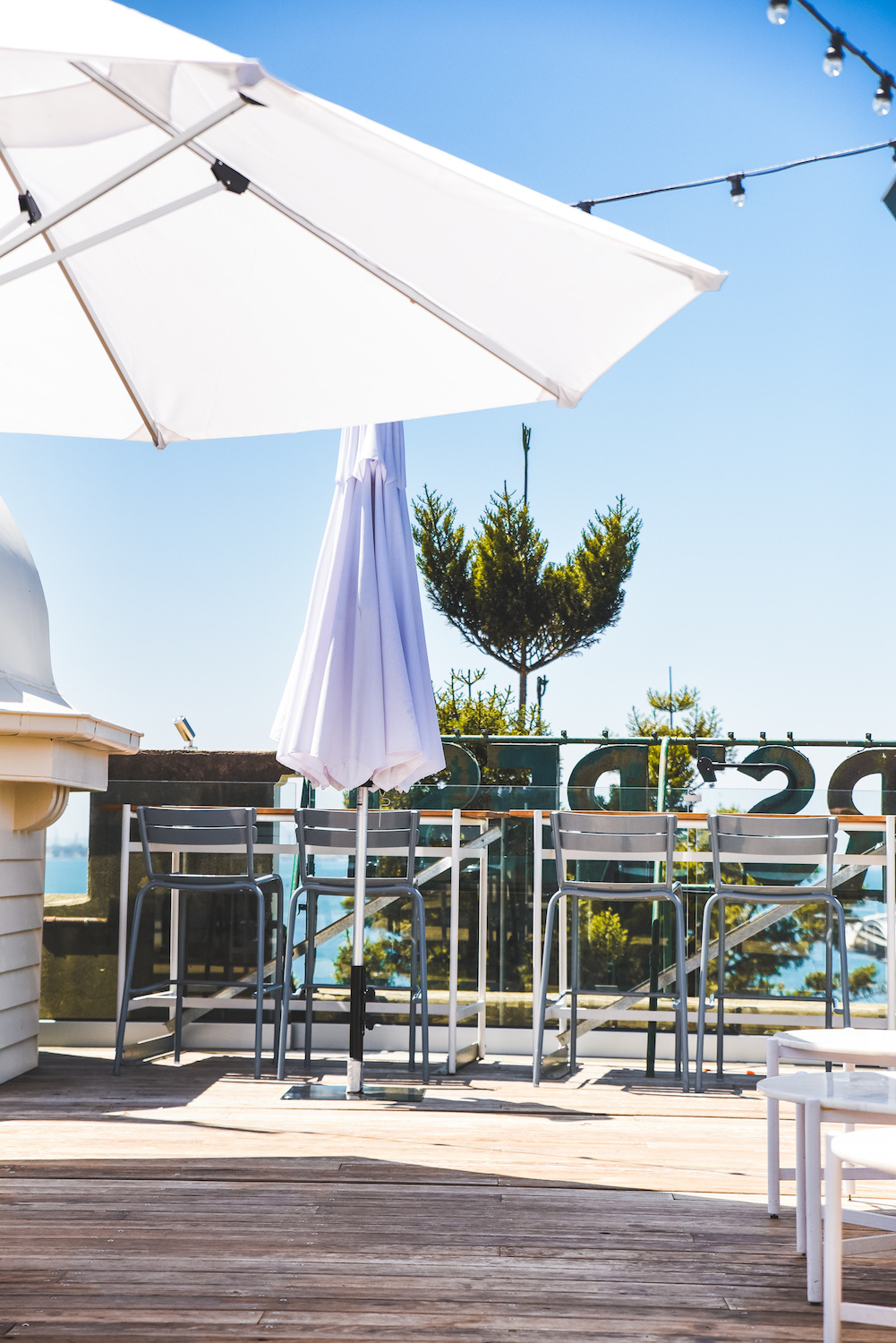 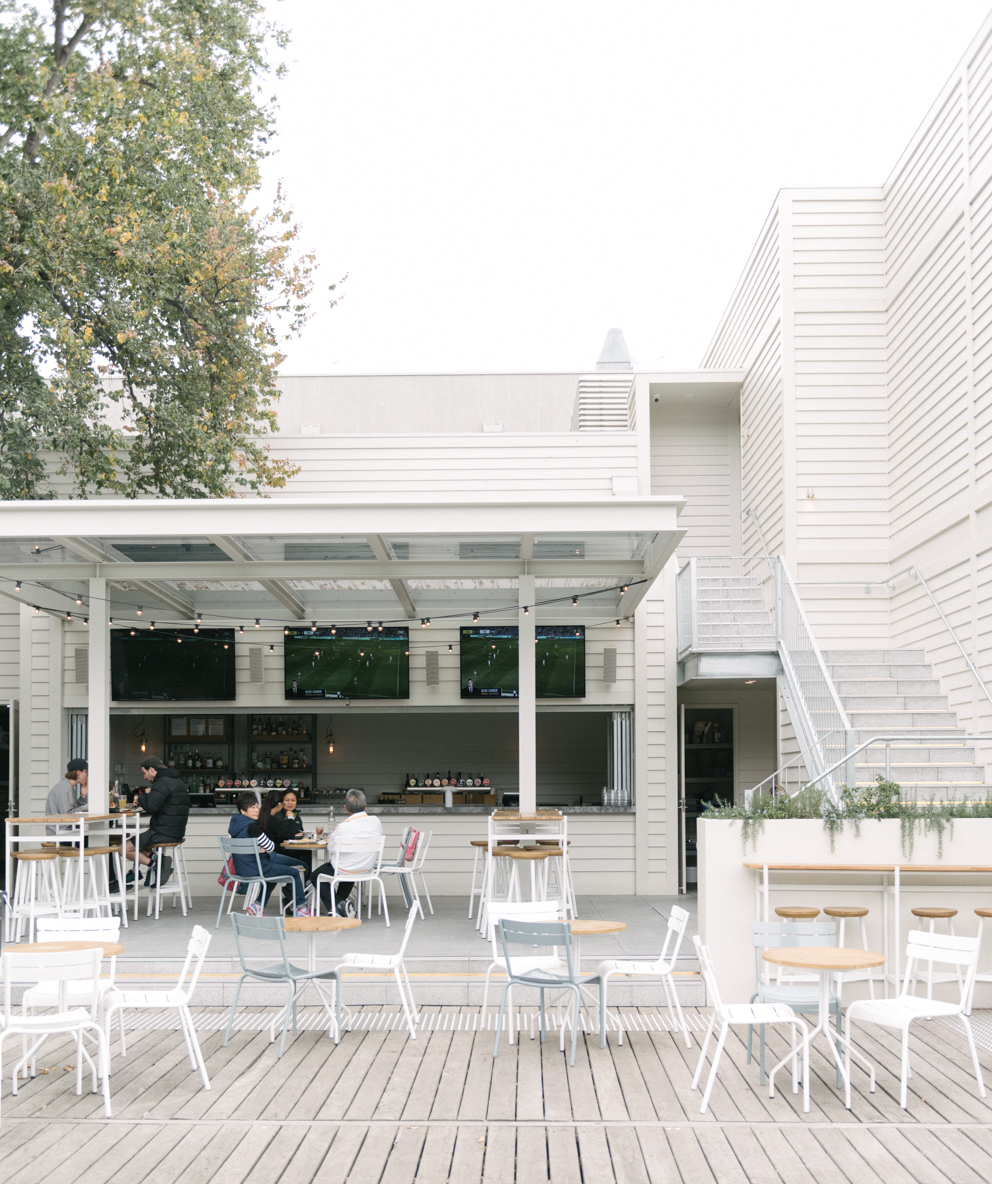 Today, Sailors’ Rest boasts a space for everyone.

Relax in our light-filled ground floor restaurant or enjoy alfresco dining in the fresh sea air. Sports fans and families alike love our rear outdoor beer garden all year round, while our upstairs lounge bar features an enormous balcony that’s perfect for an afternoon cocktail with a view.

Without a doubt, the jewel in our crown is our intimate rooftop bar and the only one you’ll find along Geelong’s stunning waterfront. We also welcome you to celebrate your special occasion in one of our many function spaces.

Hands up if you're ready to party on the rooftop?!

We are gearing up for the warmer months and lookin

We love a sunny winters day along the waterfront!

"Flamin' Paradise"We are proud to be featuring

We've got some spots up for grabs this Fizz Friday

This seat has your name on it...Stop by for your